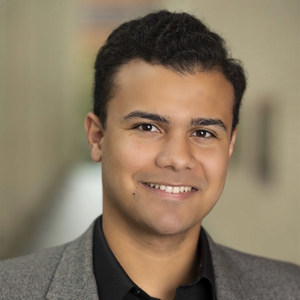 Anighya H.D. Crocker is a Conductor, Tenor, and Keyboardist living in Nashville. A native Tennessean, his diverse set of talents have provided him with numerous opportunities and solidified his status as one of America’s most promising young musicians. As a vocalist, he has appeared in a variety of leading roles, such as Brack Weaver in Kurt Weill’s Down in the Valley, The Governor in Leonard Bernstein’s Candide, and Henry Crawford in Johnathon Dove’s Mansfield Park to name a few. Anighya is a regular performer across the nation with various orchestras and ensembles. Annually, Anighya appears as a soloist in dozens of Cantatas and sacred concerts. Anighya’s international endeavors have been equally fruitful. Anighya was a featured Young Artist in le festival lyrique international de belle-ile en mer; western France’s largest Lyric Opera festival. In 2018, Anighya studied the art of the Italian Art song in Italy under the tutelage of the renowned Soprano Amy Jarman. In his time, Anighya has been fortunate to work with many key musical figures such as Franco Pomponi, Andre Thomas, and Martin Katz.

As a conductor, Anighya has had the pleasure to conduct some of the Western Canon’s greatest works. Beginning in 2014, Anighya began to work as the assistant director of the Willow Oak Center for Arts and Learning’s Adult Choir program. In 2019, Anighya accepted a position as the full-time conductor of the Willow Oak Chorale and Orchestra. With this organization, Anighya has conducted numerous choral standards, including Handel’s Messiah, Rutter’s Requiem, and Rutter’s Mass of the Children. Additionally, in 2019, Anighya accepted the inaugural position of Assistant Director of the Vanderbilt Chorale at the Blair School of Music. In this position, Anighya works closely with Dr. Tucker Biddlecombe, director of the Grammy nominated Nashville Symphony Chorus. Anighya has studied and aided in the teaching of a vast range of repertoire from Orff’s Carmina Burana to the Mozart Requiem. In addition to conducting numerous cantatas and oratorios, Anighya conducts yearly mass choir events as a part of his position as the Minister of Music at Ebenezer Baptist Church; a position he has held since 2016. In this post, Anighya formed the Ebenezer Baptist Chamber Orchestra and started the Music at Ebenezer Concert Series, which features a wide range of artists and ensembles for regular performances at the church. In 2018, Anighya was hired as the Director of Music and Drama for the acclaimed Oak Hill Day Camp, hosted at First Presbyterian Church in Franklin, Tennessee. At First Presbyterian, Anighya has maintained one of Tennessee’s fastest growing children’s musical theater camps. With this group, Anighya has directed and conducted Meredith Wilson’s Music Man, Brown and Freed’s Singing in the Rain, and Loesser’s Guys and Dolls. As a result of his national and international successes, Anighya’s community recognized him by proclaiming September 20th as “Anighya Crocker Day” in his native Robertson County. Some highlights of the 2019-2020 season include multiple solo performances on Nashville Public Radio’s 91.1 Classical, a finalist position in the Vann Vocal institute’s National Voice Competition, and winner's position in the Lotte Lenya Voice Competition. As a Conductor, Anighya is to make his Carnegie debut in June of 2021, as a guest of Mid-America Productions. When Anighya is not performing, he enjoys being outdoors. In the future, Anighya hopes to attend Vanderbilt Law school and eventually run for Governor of the State of Tennessee.