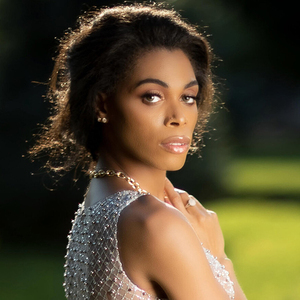 Avalisa Ellicott joined the U.S. Air Force in 2007, and though she proved herself capable of doing her job, she was constantly faced with her chain of command fighting to get her kicked out. At that time, she still presented as male, but gradually stopped following male gender expression rules when not in uniform. An unfortunate incident resulted in her being medically retired from the military.

After leaving the military, Avalisa transitioned to reflect her true self and then made it her mission to help educate others. She knew there was lack of representation for Black Trans Women, so she started a YouTube channel to share her experiences. This led her to join a collaborative channel called the Trans Youth Channel, where trans men and women reach out to help trans youth.

Avalisa gradually became more active in the LGBTQIA+ community, first in Austin, Texas, and then around the country as a speaker and educator. She and travels the world promoting the equal treatment of trans people in society.