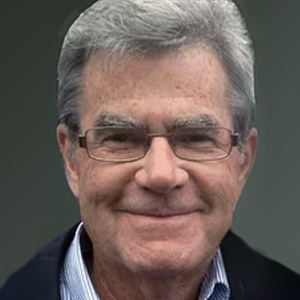 Doug Bradley is a Madison, Wisconsin-based Vietnam veteran who has written extensively about his Vietnam, and post-Vietnam, experiences. His newest book, “Who'll Stop the Rain: Respect, Remembrance, and Reconciliation in Post-Vietnam America” (Warriors Publishing Group, 2019), has been called "a brave and invaluable attempt to bring us back together" by noted Vietnam historian H. Bruce Franklin. "Combining his personal experience, the music of the Vietnam era, and an eagerness to listen sympathetically to a broad spectrum of American voices," Franklin continues, "Bradley has produced a potent medicine for a sick nation"

Doug was drafted into the U. S. Army in March 1970 and served as an information specialist (journalist) at the Army Hometown News Center in Kansas City, Missouri, and U. S. Army Republic of Vietnam (USARV) headquarters near Saigon in 1970-71. Following military discharge and graduate school, Doug relocated to Madison where he helped establish Vets House, a storefront, community-based service center for Vietnam era veterans.

In addition to Who'll Stop the Rain, he is the author of DEROS Vietnam: Dispatches from the Air-Conditioned Jungle (Warriors Publishing Group, 2012) and co-author (with Craig Werner) of We Gotta Get Out of This Place: The Soundtrack of the Vietnam War (UMass Press, 2015) which Rolling Stone magazine named "the best music book of 2015."