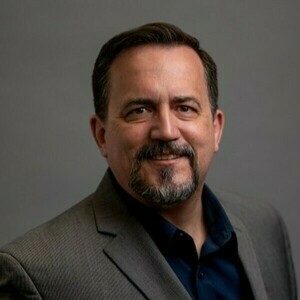 Upon completion of the Infantry Captain’s Career Course and the Combined Arms Services and Staff School, in March 2000, Powell was assigned to 4th Battalion, 64th Armor Regiment, 2nd Brigade, 3rd Infantry Division (Fort Stewart), where he served as an Assistant Operations Officer, Commander, Bravo Company, and Commander, Headquarters, Headquarters Company. While in the 2nd Brigade, he deployed in support of OPERATION JOINT FORGE (Bosnia) and OPERATION IRAQI FREEDOM (Invasion).

Colonel Powell served at the National Training Center as an Observer/Controller with the Tarantula Team (Light/Airborne Task Force Training Team) from 2003-2005. In 2005, he was re-assigned to Battle Command Training Program, Fort Leavenworth, Kansas serving as an Operations Officer, Observer/Trainer, and Adjutant.

After graduating from Intermediate Level Education and the School of Advanced Military Studies (SAMS) in 2008, Powell was assigned to the 25th Infantry Division, Schofield Barracks, Hawaii, as the G5, Chief of Plans. He served in that position from June 2008 – July 2009, including OPERATION IRAQI FREEDOM 09-11. In July 2009, he was assigned as the Squadron Executive Officer for 3rd Squadron, 4th Cavalry Regiment, 3rd Infantry Brigade Combat Team. In May 2010, he became the Secretary of the General Staff for the 25th Infantry Division serving in that position through OPERATION NEW DAWN 11-01.

Powell assumed command of the 5th Squadron, 4th Cavalry Regiment on 10 February 2012, and led the Squadron through its complete re-establishment as an Armored Reconnaissance Squadron, including the fielding, equipping, and training of the Squadron’s fleet of M3A3 Cavalry Fighting Vehicles, a Decisive Action Rotation to the National Training Center 13-04. Upon completion of training, the Squadron assumed its mission within the Dagger Brigade’s Regionally Aligned Force Mission to AFRICOM. The Squadron supported numerous assignments during the RAF, including Western Accord 2013 and the Chad MINUSMA Training 03-14.

In 2014, Powell served as the Executive Officer to the Superintendent, United States Military Academy, then proceeded to Senior Service College at the School of Advanced Military Studies Fellowship – Advanced Strategic Leadership Studies Program. He completed the fellowship in May 2016 and served as the Joint Warfighter Course, Military Faculty at SAMS, as the Director of Future Operations, I Corps, and retired from active duty on 1 September 2019.

Upon his retirement in 2019, Col. Powell struggled through transitioning from the military. Like so many others, COVID crashed his plans for moving on to another life. After trying to find a place in corporate America and other veteran non-profits, he determined to strike out on his path to help veterans, and formed Coeus Umbrella Team, LLC. His focus is to fill in the gaps left by the current Transition Assistance Program model.

Colonel Powell is married to his wife, Tracy, and they are the proud parents of their fifteen-year-old daughter, Corinne. He and his family live in Steilacoom, Wash., where he is a member of American Legion Post 110 in Lakewood.