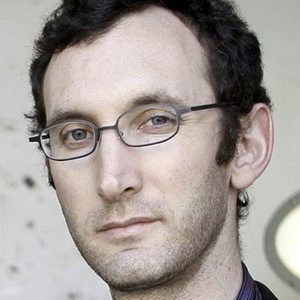 Jesse Moss is a Sundance Award-winning director and cinematographer.

His new film “Boys State,” co-directed with Amanda McBaine, premiered at the 2020 Sundance Film Festival, in the US Documentary Competition.

The film was awarded the Grand Jury Prize and acquired by Apple and A24. Boys State was selected to be the opening night film of New Directors/New Films, presented by the Film Society of Lincoln Center and the Museum of Modern Art. The film was released worldwide on Apple TV+ in August 2020.

Recent directing projects include “The Family,” a five-part series for Netflix and Alex Gibney's Jigsaw Productions and new projects with Amazon Studios and HBO. He also produced “Gay Chorus Deep South,” a feature documentary that won the Audience Award at the 2019 Tribeca Film Festival and was acquired by MTV Films, and directed “La Boca Del Lobo,” a short film about the immigration crisis for the New York Times Op Docs series.

Other previous projects include “The Overnighters,” a feature documentary set in the North Dakota oilfields. “Payday,” an episode of the Netflix Original Documentary series “Dirty Money, ”focusing on the rise and fall of payday loan mogul Scott Tucker, and “The Bandit,” a feature documentary for CMT about the relationship between 70s superstar Burt Reynolds and his stunt-double Hal Needham.

Previous films include “Full Battle Rattle” (co-directed with Tony Gerber), about life inside the US Army's Iraq War training simulation in the Mojave Desert, which premiered at the 2008 Berlinale (Panorama), won the Special Jury Prize at SXSW, and opened theatrically at the Film Forum in New York.

Moss has twice been a fellow of the MacDowell Colony and the Sundance Institute Documentary Film Program. He is a past creative advisor at the Sundance Documentary Edit and Story Lab and a member of the Academy of Motion Picture Arts and Sciences.

He frequently collaborates with his wife and co-conspirator Amanda McBaine, through their company Mile End Films.