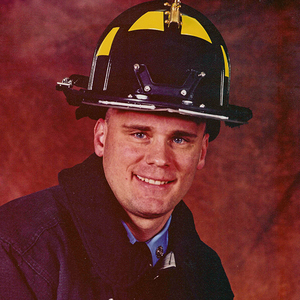 Jimmy Brown is an honorably discharged veteran of the United States Marine Corps. He also served as a NYC Police Officer, as well as a NYC Firefighter before retiring early due to a line of duty injury. Assigned to the famed FDNY Ten House fire station at the foot of the World Trade Center complex Jimmy is a survivor of the 9/11 terrorist attacks and battled acute stress disorder and depression as a result of his traumas and experiences.

Jimmy has spoken locally and nationally about his experiences at training events, conferences and media outlets. He has been featured in the National Geographic documentary, “9/11: Firehouse Ground Zero” and was also one of the subjects of a National Institutes of Mental Health (NIMH) public service awareness campaign titled, “Real Men, Real Depression.”

Jimmy surrendered his life to Christ and was baptized in 2011 on the 10th anniversary of 9/11. He is now involved with ministries that serve first responders, men and marriages. He and his bride of 21 years, Shirley, now reside in Central Florida with their two children, Andrew and Gabriella.

Jimmy works full time for the Orange County Florida Sheriff's Office in a civilian capacity. He serves in a leadership role on the agency’s Critical Incident Stress Management Team and is an advisor for the West Orange CISM Team.

As an FDLE-certified instructor, Jimmy continues to utilize his unique perspectives to help advocate for mental health awareness, supporting and advocating for first responders however he can.