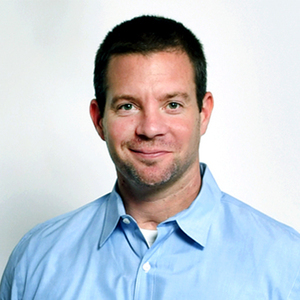 After attending Purdue University, Josh was working in corporate America when, like many of us, the events of September 11, 2001, changed his life forever. Something clicked inside him after that fateful day and, two years later, Josh followed in his father’s footsteps and enlisted in the U.S. Marine Corps. In 2004, at 27 years old, Josh was off to boot camp. And in 2006, he was deployed to Fallujah, Iraq.

Then, it all went black.

A bomb exploded under the vehicle Josh was riding in. He woke up five days later to the realization that he had lost two friends and both of his legs in the blast. He spent two years of extensive rehabilitation recovering at Walter Reed Medical Center in Bethesda, Maryland. He currently has 32 pins in his hip and a 6-inch screw holding his pelvis together.

Corporal Josh Bleill is now a walking, talking, symbol of hope, using his story to motivate and inspire others. Even with all he’s been through, Josh doesn’t just believe in the American dream. He’s living it.

“It worked out. I’m not going to lie. I worked in the NFL with the Indianapolis Colts. I travel and do public speaking. The American dream is very possible. Even after something like this, so devastating that I thought things were over, it still worked out,” he said.

“In America, if you keep working and things do go wrong, if you have that drive, it’s well alive. It’s always a possibility.”

Josh didn’t just survive. With the help of those around him, he found a way to thrive once again.

Josh is a member of American Legion Post 119 in Greenfield, Ind.