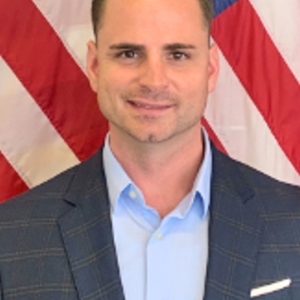 Lawrence Montreuil is the National Legislative Director for The American Legion in Washington, D.C.

Prior to joining The American Legion, he worked for a member of the U.S. House Armed Services Committee as a Legislative Fellow focused on defense policy issues.

Montreuil was a U.S. Marine Corps Infantry Officer for eight years and deployed multiple times during the Global War on Terror. He still serves in the Marine Corps Reserves as a Company Commander and has deployed as a Foreign Military Advisor.

Montreuil holds a Bachelors of Science in International Business, Trade, and Commerce from State University of New York Maritime College and also holds a Masters of Public Policy from George Mason University.