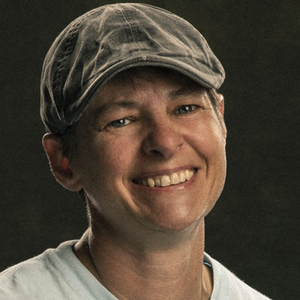 Lia Mort was born in Lancaster, Pa. and grew up in Lititz, Pa. She graduated from Lancaster Catholic High School in 1985, and in 1986, joined the U.S. Marine Corps where she served as an electronics cryptographic repair technician at Camp Lejeune, North Carolina, from 1986 to 1990.

Lia served as a firefighter with the Lancaster City Bureau of Fire for 12 years, joining the U.S. Army Reserve after 9/11 where she became a technical intelligence technician and small arms repairer with the 203rd Military Intelligence Battalion.

Currently a U.S. Army Reserve Chief Warrant Officer 3, Lia deployed to Iraq in 2003 and 2009. Lia also served as a civilian at the 20th CBRNE Command from 2010 to 2017 and deployed as a civilian with WMD Coordination Team 4 to support the 71st Ordnance Group (Explosive Ordnance Disposal) and Task Force Paladin in Afghanistan from 2011 to 2012.

In late 2020, Lia tried out for the CBS television competition series “Tough as Nails” and was selected for Season 3. She joined 11 other competitors in Los Angeles filming the show, where she won the first challenge on Red Beach at Camp Pendleton, which allowed her to choose members of the Dirty Hands team. Dirty Hands won the team prize and Lia persevered to the finale to take the grand prize and win the title Tough as Nails.

In September 2021, Mort reported to 20th CBRNE Command, the U.S. Department of Defense’s premier all hazards formation, as an Army civilian in Weapons of Mass Destruction Coordination Team 1.

She lives in Richfield, Pa., with her husband of twenty-three years, John L. Mort on her farm with her horse, alpacas, mini-donkeys, goats and racing pigeons.  Lia is active in her community as a member of American Legion Post 25 Honor Guard and Legion Riders.