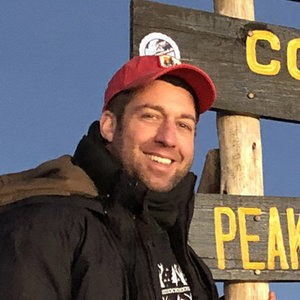 Marlon Smith was born in Vancouver, Canada, but his family moved to the United States when he was six years old. The family lived in the U.S. as legal immigrants with green cards, but after 9/11, Marlon decided he wanted to pursue U.S. citizenship.

Within weeks of his 2003 naturalization ceremony, Marlon began talking to military recruiters, seeking a way where he could continue to serve his new country. He joined the Air National Guard and served as a firefighter, and then in 2008, trained and became a medic.

He has also served as a Firefighter for the State of Florida, as a Lieutenant in the U.S. Coast Guard and established as successful real estate business that he’s run for 10 years. He currently serves in the Air Force Reserves as a logistics officer and is Assistant Fire Chief at RAF Croughton in Oxford, England, U.K.

Marlon is a member of American Legion Post 184 in Georgia.