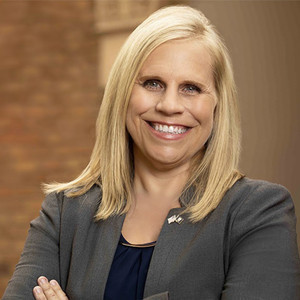 Navy veteran Melissa A. Washington, is the CEO and Founder of Women Veterans Alliance. She is a disabled veteran small business owner, speaker, entrepreneur, author, and award winner who is connecting women veterans across the nation.

Melissa left the Navy and earned a Bachelor’s Degree in Business Management and transitioned into a successful career in recruiting and human resources for more than 10 years working for both boutique agencies and global Fortune 500 companies.

The economic downturn led to Melissa getting laid off from her job in 2009. She spent neearly two-years reinvnting her career in a way that allowed her to help others. Hosting LinkedIn workshops for job seekers at her dining room table led to speaking at venues across the nation and in 2011, she started Melissa Washington, Inc., and offered consulting services to businesses and individuals using LinkedIn for researching, recruiting, job seeking and collaborating. This led to 4 years working at LinkedIn, planning global corporate meetings and events, and in 2014 she published her first book, “ Get Back to Work: Smart & Savvy Real-World Strategies to Make Your Next Career Move.”

In 2015 Melissa, seeking the comraderie of fellow wome veterans, began meeting a small group at a local Mexican restaurant, and the Women Veterans Alliance was born. She also partnered with James R. Morrison Photography for the "What Does a Woman Veteran Look Like?" Portrait Project.  In 2018 Melissa founded Women Veterans Giving, Inc.  In 2019 became an Advisor to AVOW (American Veteran Organization of Women)magazine.

In May 2020 she was featured in VAntage Point, the Official Blog of the U.S. Department of Veterans Affairs, in an article titled, "Melissa Washington: Breaking Barriers". She has been featured in Sacramento Business Journal, various print publications and has been interviewed on all major television networks, including a segment on the Dr. Phil Show and The Balancing Act on the Lifetime Channel.

Her husband of 25 years, Jarrod is a retired Marine who served in combat in Desert Shield, Desert Storm and Operation Iraqi Freedom (OIF). They are proud parents to Maya.  Melissa is the daughter of Bronze Star Army Vietnam War Veteran. Granddaughter of WWII Army Air Corp/Air Force Veteran 509th Bomb Squad AC who had 37 missions over Germany and received the Bronze Star & Air Medal with Oak Leaf Clusters. She is a member of The American Legion Department of California.