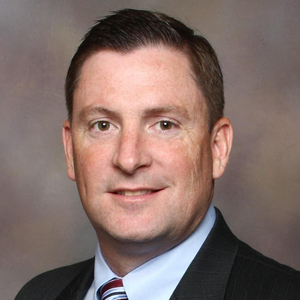 Lt. Col. Darling is a public speaker on crisis leadership and decision-making. He has addressed numerous academic, government, and military organizations to include Harvard University’s John F. Kennedy School of Government and as a guest lecturer about Crisis Leadership and Counterterrorism at the FBI National Academy in Quantico, Virginia.

He retired from the United States Marine Corps in 2007 with just over twenty years of active-duty service piloting attack helicopters in Desert Shield, Desert Storm, and as a presidential pilot with Marine Helicopter Squadron One. In October 2000, he was chosen to work for the White House Military Office, Airlift Operations Department.

It was in this position that, during the attack of September 11, 2001, he supported the President, Vice President and National Security Advisor in the underground President's Emergency Operations Center (PEOC) and witnessed unprecedented leadership and decision making at the highest levels of government.

Lt. Col. Darling chronicles the crisis leadership and decision making he witnessed in his book: 24 Hours Inside the President's Bunker, 9/11/01: The White House. The book takes readers from the moment the attack was realized, through the courageous decisions made to stop it, to the safeguards and policies that were put in place in the aftermath to prevent such an attack from happening again.

Darling wrote the book to ensure that America never forgets the events of 9/11/01, and to inspire leaders to take the steps necessary to protect and safeguard employees, organizations and communities.

Darling is also contributing author to The Routledge Companion to Risk, Crisis, and Security in Business. He is the President and CEO of Turning Point Crisis Management-USA, a crisis leadership training and technology company located in Stafford, Virginia.