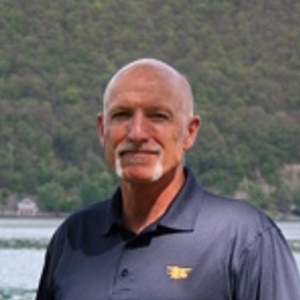 Steve joined the United States Navy at 17 years old, just two months after graduating high school in 1981. What he thought would be a four-year hitch and a free ride to California turned into a 28-year odyssey with 26 of those in the SEAL Teams. He served as a Chief training the top one percent in the SEAL Teams to Troop Chief in an Assault Team, Assault Team Senior Enlisted and then a Command Master Chief at two commands in the SEAL Teams before retiring from the schoolhouse. Steve also worked as a contractor and civil service for 9 more years at Naval Special Warfare Command Head Quarters in Coronado, Calif.

Steve’s book, “Walking in Mud” is a Navy SEAL memoir and a metaphor for the post-COVID 19 world. When he was at his first SEAL Team after completing Basic Underwater Demolition/SEAL (BUD/S) Training in 1983, he found a sheet of paper while cleaning out the commanding officer's old office that read “THE TEN ESSENTIAL QUALITIES OF AN UNDERWATER DEMOLITION MAN.”  The page was from the 1950s, written by a World War II Frogman Officer who, by that time, was in charge of his own Underwater Demolition Team, UDT-21. The single sheet of paper contained what he believed were the ten rules for living life, not just in the Teams, but every day. The sheet was posted around the Team area for the men to read and remind them of what his expectations were of them.

Now, almost 60 years later, this once forgotten page inspired Giblin's book, where he relates his own life experience and explores what people can learn from themselves, their leaders and the world.

Steve is a member of American Legion Post 256 in Canandaigua, N.Y.