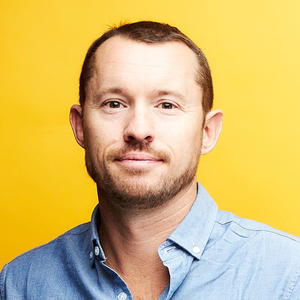 Waco Hoover is a U.S. Marine who served from 1997-2001 as an infantry Marine, combat water survival instructor and infantry scout. He served several deployments across Southeast Asia.

He is currently the CEO of VET Tv; an advisor at Founders Factory, a London based venture capital firm; and serves on the board of Irreverent Warriors, a non-profit preventing veteran suicide. He has advised global brands including MGM Resorts, Informa, Vivendi, and Las Vegas Sands Corp. He was a co-founder and investor in businesses sold to Informa, Emerald, Endeavor Business Media and Onstream Media.

He lives in Southern California with his wife and two yellow labs, Tucker and Winnie. In his spare time, he enjoys surfing, diving, and mountaineering as often as possible. He is a member of The American Legion and recently hosted the Be the One panel at the 103rd American Legion National Convention in Milwaukee.