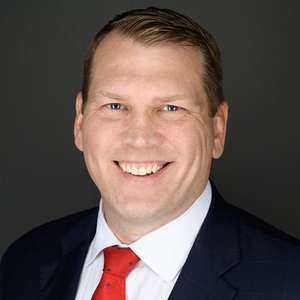 Chris Nowinski, PhD, is co-founder and CEO of the Concussion Legacy Foundation, a non-profit organization leading the fight against concussions and CTE and dedicated to improving the lives of those impacted.

An All-Ivy Harvard football player-turned WWE professional wrestler-turned neuroscientist, Chris discovered the concussion crisis the hard way. A 2003 kick to the chin in a WWE match ended his career, causing Post-Concussion Syndrome and sending him to the office of his eventual CLF co-founder  Dr. Robert Cantu. Through Dr. Cantu, Chris was first exposed to medical research that revealed to him that concussions and brain trauma were misunderstood in the sports world.

Chris realized this lack of awareness among athletes, coaches, and even medical professionals not only cost him his career, but also threatened the health and well-being of athletes of all ages. The lessons Chris learned from Dr. Cantu lit a spark that inspired him to commit his life to serving patients and families affected by brain trauma.

Chris wrote the investigative book Head Games: Football’s Concussion Crisis in 2006, co-founded CLF in 2007, co-founded the VA-BU-CLF Brain Bank in 2008, and served as a co-director of the Boston University Center for the Study of Traumatic Encephalopathy in from 2008 to 2014. Today he serves as an Outreach, Recruitment, Education, and Public Policy Leader for the BU CTE Center. Chris’ journey has been profiled in media outlets like HBO Real Sports, ESPN Outside the Lines, and the New York Times, and he was the subject of the award-winning documentary Head Games: The Global Concussion Crisis by celebrated director Steve James.

Dr. Nowinski earned his doctorate in Behavioral Neuroscience from Boston University School of Medicine and has authored more than 30 scientific publications. VICE Sports called him “the man most responsible for making CTE part of the national conversation,” and Sports Illustrated said, “It is Nowinski's figure which looms behind the doctors and the headlines and the debate roiling over sports' newfound commitment to minimizing head trauma.”

Nowinski serves on the NFL Players Association Mackey-White Health & Safety Committee, the Ivy League Concussion Committee, the Positive Coaching Alliance National Advisory Board, and as an advisor to All-Elite Wrestling.

Chris has received multiple awards for his advocacy. In 2019, the United States Sports Academy presented him with the Ernst Jokl Sports Medicine Award for his contributions to the growth and development of sport medicine through practice and/or scholarly activity. Chris has been the recipient of the Dr. Alan Ashare Safety Award from Massachusetts Hockey, the Impact Award from HealthSpottr, the Zach Lydstedt Angel Award from the Sarah Jane Brain Foundation, the Distinguished Service Award from the United States Sports Academy, the Sport at its Best Award-Player Safety Advocate from Ralph Nader’s League of Fans, the CoBI Award from the Council on Brain Injury, the Patrick Brady Award from the Brain Injury Association of Illinois, a Compassionate Action Award from PETA, and the Presidential Medallion from Western New England College, the school’s highest honor.

Athletic Business named Chris an Industry Difference-Maker, Boston Business Journal named him to their 40 under 40 list, HealthLeaders Media named him to the HealthLeaders 20, and Hockey News named him to the 40 Under 40 most powerful people in hockey. In 2010, Sports Illustrated named Chris a finalist for Sportsman of the Year. Chris is an Eisenhower Fellow, a program which identifies, empowers and connects innovative leaders to pursue projects that create positive impact across sectors and borders to make the world more peaceful, prosperous and just.

Chris is a frequent speaker on various aspects of brain trauma, and since 2004 he has spoken more than 400 times at universities, conferences, high schools, and sports organizations around the world.